How to talk about Authentic Buddhism? 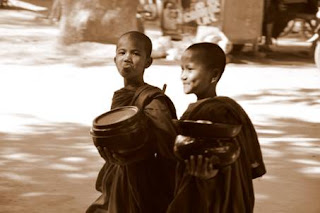 I posted this at my blog a couple days ago and had some interesting comments. I'd be interested in the input/feedback of all you Progressive Buddhism readers as well. (I've pasted in the comments from my blog and a short response - for the original post, see here.)

We've just finished our intensive Pali course. My next stop is the Oxford Buddhist Vihar, where I will remain in a semi-lazy individual retreat for one week. I should have time then for more updates, book reviews, and all that jazz. But for now I'll just leave you with a pithy meta-realization I had over our time here discussing Buddhism, language, culture and the rest for two wonderful weeks.  And that is that we might think of three kinds of "authenticity" in our discussions of Buddhism:

So when we talk about the Heart Sutra not being an "authentic" teaching of the Buddha, for instance, we have to specify that we're speaking in the historical sense, based on our best evidence. Whether the text is perfectly authentic Spiritually is more a concern of traditions and individual practitioners. And the question of its philosophical authenticity is well worth debating, both within traditions and the academy.

Just a little thought. I'd be happy to hear/read yours.

I'm probably a little more extreme than most in asserting that history is not objective. The only thing that history has to say about authenticity is the subtext of your individual perspective on the narrative of the world. As far as things actually happening or not, well, a lot of people like to use history to make such statements, and all this really says is that the person making the statement wants to put forth some kind of authoritative ideology. This has happened as much in the history created by Buddhist traditions as it happens in modern scholarship, and as far as reality is concerned, the stories are just different stories. Which one is more authentic? Everyone has to choose their terms.

The 1st criteria of judgement
that I have for wisdom teachings
is:

The last teacher/coordinator of
the sangha I had said:

Arun - Yea, I haven't thought much about "heresy" in Buddhism to be honest. I've always been taught that what you believe and say might be unskillful, but charges of heresy would seem to fit into broader philosophical polemics. I suppose monks having wildly differing views of what the Vinaya really means could be charged with "defeats" requiring expulsion along the lines of possibly causing a split in the sangha. That might be the closest actual case of "heresy" I can think of - back in the 1st/2nd Council days. I think also about the famous "Samye Debate" in Tibet, when Hoshen Mahayana was expelled from Tibet for teaching the doctrine of sudden enlightenment. No doubt similar cases abound in history. But importantly, the fatal flaw of both of those - and likely others - is that the wrong view is associated with wrong behavior. In the case of sudden enlightenment, Hoshen's opponent, Kamalashila, argued that without the gradual path, acts of morality and meditation would be useless.

James - yes, you're definitely in a bit of an extreme there. I would go so far as to say that history is always 'open' but that certain facts of history, such as the holocaust, are about as close to objectivity as we can get. Likewise with the history of Tibet as an independent nation. Well meaning people searching for the truth of the matter hopefully do not just create further ideologies, but rather evidence and understanding, plain and simple.

Pete - Yes, suffering and the path from suffering. If you get a grasp on these, you don't need much else.

written by Unknown
If you have the time, it is great fun to investigate into the delicious quotes found at that roaring Niagara of quotes that come to us from deep-flowing whiskey river. 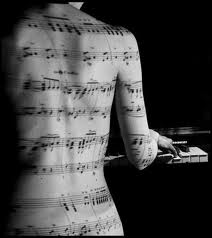 The first three delicious lines of the following T.S.Eliot snippet were posted in whiskey on January 21, 2006. I’ve extended it another four lines from text found in T.S.Eliot and American Philosophy by Manju Jain, a book found via a Google Book search.


For most of us, there is only the unattended
Moment, the moment in and out of time,
The distraction fit, lost in a shaft of sunlight,
The wild thyme unseen, or the winter lightning
Or the waterfall, or music heard so deeply
That it is not heard at all, but you are the music
While the music lasts.

The seven-line snip above is from the middle of the fifth element in the third of Eliot's FOUR QUARTETS, a series of long poems he wrote over a period of seven years.  The third "quartet" is titled The Dry Salvages, written in 1941.

Here are words from Jain's book that relate to Eliot and mystical poems, like the one above:


The problem that the rendering of mystical experience in poetry poses for Eliot is that of sincerity, of distinguishing between the genuine and the false, between what one actually experiences and what one would like to experience; and the consequent difficulty of mediating moments that are essentially incommunicable through what he terms ‘the natural sin of language.’ Eliot’s views on the subtle discriminations to be made between the genuine and the false in religious and mystical experience are expressed in his comments on Herbert:


Above that level of attainment of the spiritual life, below which there is no desire to write religious verse, it becomes extremely difficult not to confuse accomplishment with intention, a condition at which one merely aims with the conditions in which one actually lives, what one would be with what one is: and verse which represents only good intentions is worthless – on that plane, indeed, a betrayal. The greater the elevation, the finer becomes the difference between sincerity and insincerity, between the reality and the unattained aspiration.

And so. It is fair to ask: For all his virtuosity in spinning words into delicious tapestries, are T.S.Eliot's words really just the worst of stinking crap? or an inkling of the sublime brought down to us?
at 06:41 1 comments

Plucked out of the Cosmos by a Sympathetic Ear 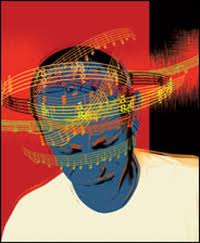 Einstein once said that while Beethoven created his music, Mozart's "was so pure that it seemed to have been ever-present in the universe, waiting to be discovered by the master." Einstein believed much the same of physics, that beyond observations and theory lay the music of the spheres — which, he wrote, revealed a "pre-established harmony" exhibiting stunning symmetries. The laws of nature, such as those of relativity theory, were waiting to be plucked out of the cosmos by someone with a sympathetic ear.

Thus it was less laborious calculation, but "pure thought" to which Einstein attributed his theories.