written by Unknown
Closer than you think:
I arrived to the United States when I was three years old. I was young and new no real world that I can truly remember. My parents lived in Moldova for 16 years and 3 of those were with me. I was their first child (and only) and they were in their 40s when they had me. Their childhood and early adulthood was spent in Uzbekistan. Now we reside in the Midwest. Migration is nothing new to my family, but, also the trouble it brings.
I was raised with a very old school Russian mindset. The conservativeness was not of American taste and was never backed with religious argument, just tradition and utility. They gave me the tools to live in a world foreign to me, while they had to learn to live in a foreign world. It's been tricky along the road and "otherness" is is a potent feeling.
I suspect we all had those moments when we realized we're a bit larger in ways we could imagine and completely non-existent in others. Culture is powerful but it is also a good comfort. I was raised with two. My parents didn't have a philosophical leaning. They both still linger in the news as my mother watches Russian pop concerts while assembling dozens of jigsaw puzzles. The world inside their minds would shock me.
The people migrating have each other and also the hands that reach out to them. It will not be enough to simply offer refugees asylum without fully acknowledging their humanity and deep needs such as a strong sense of community and a togetherness with those who gave them good shelter. The bond that can form between very different people is at hand if we all somehow play a part in showing nothing but good human, simple compassion then a lot of what is going on in this world: the worship of guns, the violence, greed, many of those suffering would push toward a history where "east and west" "us versus them" "Islam versus the west" can be laid to rest.
It takes with the movement of history and grasping the moment. If we are aware, if we can see over what has happened and take a spiral staircase out of darkness (to use Karen Armstrong's autobiography title) then we can achieve great things.
It will take a deep long breath and a constant effort to stay clear minded. I dream big.
Note: I do not really trust politicians. I never really did, it's a Russian thing apparently, but the few who stand by an awareness of change and the possibility to mature out of huge mistakes would have my vote. All people matter. 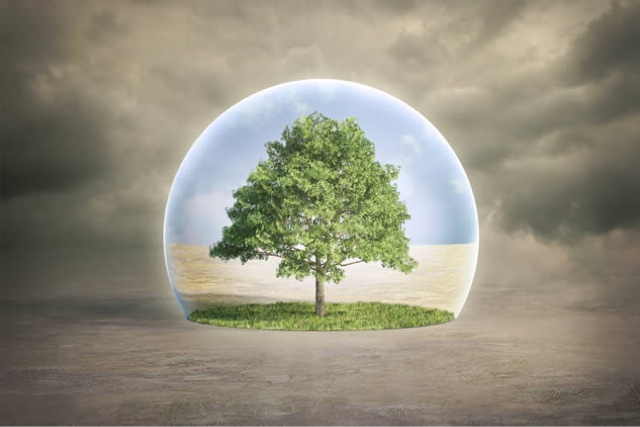 Common Threats can lead to Compromises

written by Unknown
In his blog post four days ago, "Avoidance of Fellow Humans," Justin Whitaker challenged bloggers associated with ProgBud to write about "reaching out and coming to deeper, clearer understandings, across the political spectrum and toward those we might see only in their 'otherness.'"

Philosopher Jonathan Haidt has been a hero of mine in writing about the different moral values that liberals and conservatives have, and how in understanding each other across the seeming miles-wide abyss of our near-polar differences is possible.

At the time of the presidential election in 2012, he offered a means to get the Federal Government functioning, again, such that the needs of people could be met and the dangers that were "out there" could be addressed.

Sadly, nothing much has changed since Haidt's TED Talk in 2012. Most of the dangers America faces are still "out there" -- from climate change to a dwindling Social Security fund.

As a perhaps good starting place to look at where we are and how we, as a country, are polarized in separate camps, I recommend listening to the Talk, titled "The asteroids club - common threats can lead to compromise." It's fast-paced and under seventeen minutes in length.

The cure that Haidt puts forward -- recognizing common threats -- seems still out-of-reach. But perhaps there is an opportunity, after such a long period of having a do-nothing congress, that Washington politicians can find a way to work together to get some important things done to prevent catastrophes that are on the near horizon.

"Within a state of ignorance, we become avoidant of our fellow human beings if they fall into any available category of "otherness," categories that are easily constructed and manipulated in order to accentuate fear. Who, after all, in this interdependent world of commuters, is *not* an immigrant? And what leader hasn't made a mistake?" (The Road Home p.242) 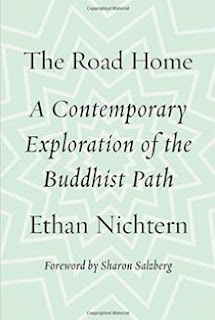 I chanced upon this recently as I was skimming contemporary writings on Buddhism. It struck me as apt, now as much as ever, considering the growing plight of refugees from Syria and Iraq and the continued callous silence from much of the rest of the world. Of course the problem is not limited to Syria and Iraq. Economic refugees flee toward and into the United States daily, the Rohingya of Burma have become stateless refugees in their own nation, many thousands dying at sea or finding only slavery or continued exploitation as they flee that country.

While we have seen many beautiful responses to these mass movements of humanity, open arms and homes, we also see plenty of fear, anger, and exclusion. Much of that is certainly rooted in deeper greed and the worry that "those people" will somehow threaten "my" livelihood or possessions. And all of that, of course, is based on the delusion of "otherness".

In this election season we hear talk of building a giant wall along the Mexican border, which speaks so much about many Americans' fear, cruelty, and disregard for greater humanity. Stranger yet, some have even talked about a wall along the Canadian border, showing just how deeply ignorant some politicians (and presumably their constituents) are.

And yet I don't want to simply make another "other" of those responsible for and supporting these attempts at institutionalized separation. Rather than saying "these people are wrong" or "these people are bad" can we point instead to the ideas and delusions they carry, saying "these ideas are wrong" and "this continued harm is bad"? Can we -really- reach out to those so steeped in fear and anger that they'd buy into messages of hate? Can we hold them in our hearts long enough to understand that they too are immigrants in a way, that they too are simply making mistakes?

In the coming 14 months, I'd love to hear stories of reaching out and coming to deeper, clearer understandings, across the political spectrum and toward those we might see only in their "otherness". In this way I think Buddhists of all political allegiances - or none at all - can actively engage in what is so often layers upon layers of contention, finger-pointing, accusations, and put-downs. Let's engage with the world in all its messiness and all its impermanence and see what, if any, change for the better we can bring.
at 05:19 2 comments