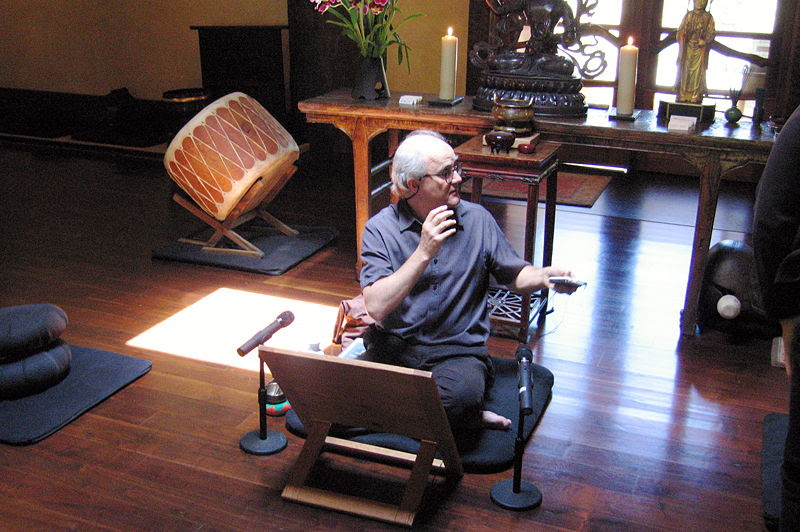 I recently wrote about Stephen Batchelor's new book, Confession of a Buddhist Atheist

. Here are some fresh talks he gave on his US book tour just last week. Looking forward to a listen.
at 05:37 2 comments

The new Buddhist atheism (and the old agnosticism)

The Guardian's Mark Vernon has a brief review yesterday of Stephen Batchelor's latest book, "Confession of a Buddhist Atheist

Vernon notes that the "anti-religion" Christopher Hitchens comes out endorsing this new work, which seems a bit strange after writing in 2007 "of Buddhists as discarding their minds as well as their sandals." Perhaps he's taken the time to look a little more deeply into Buddhism (take note Bill Maher, Brit Hume, etc).

Batchelor, he describes as the "vanguard of attempts to forge an authentically western Buddhism." Having read and enjoyed "Buddhism Without Beliefs: A Contemporary Guide to Awakening

" as well as "Living with the Devil

" I happily agree with this claim.

Vernon goes on: "For myself, as an agnostic, I was saddened that Batchelor has now definitively opted for atheism: the closure on the transcendent that decision represents felt like a partial turning away from his previous open efforts to discern the nature of things."

Which of course got me thinking, is Buddhism (in the West?) or should it be (anywhere) atheistic or agnostic? A third option, one espoused by one of our fellow Buddho-Bloggers, Adam, is Apatheism. I tend to think that Adam's view most closely hits the mark of the early Buddhist suttas. The Buddha just didn't much care about God (Brahma), Gods (Devas), etc. He taught about them at times, such as how to reach the "Realms of Brahma" by practicing loving-kindness, compassion, sympathetic joy, and equanimity. He even equated this "Realm of Brahma" -if attained by these practices- with "release of the mind" (cetto-vimutti). While traditionally this is felt to be a step shy of awakening (bodhi / nibbana), at least one great contemporary scholar thinks they (tradition) got him (the Buddha) wrong: perfect loving-kindness etc is awakening (see "How Buddhism Began" for details).

But the Buddha also made fun of the Gods, including Brahma, suggesting that he was merely deluded in thinking of himself as the "creator" of all other beings (because he was the first to appear in his realm), and that he didn't have the answers that the Buddha did regarding the ends of the world (universe). But Gods do also play a supporting roll in Buddhism throughout its history. It was a Brahma, Sahampati, that asked the Buddha to teach his Dharma, even though it was so profound that few would understand it. And the Buddha is said to have risen to Tusita heaven to teach his -then deceased- mother.

As one of, I assume, many in the West that came to Buddhism after a period of Atheism (and agnosticism, and anti-theism), I can appreciate the article's discussion of Humanists (oh yea, I was one of those too) flocking to see and read Batchelor's works. As a college student studying Buddhism, one of the most important lessons I received was that Buddhism is more a system of orthopraxis than it is of orthodoxy. What this means is that it is your practice that counts, not your beliefs. To me this suggests that Buddhism is 'big' enough to embrace theists (especially those of a mystical leaning), atheists, agnostics, apatheists, and others without contradiction. So our quarrels about correct understanding of God in relation to the path may be quite mistaken to begin with.
at 17:26 20 comments

My friend and former meditation teacher Bodhipaksa has recently been collecting and commenting upon interesting "Fake Buddha Quotes."  This has been a source of occasional comedy, sometimes frustration, and also a bit of wonder. Why is it that people coin these fake new quotes? Why do others pick them up and spread them, unchecked, across the web and other networks? Why are some, like Bodhipaksa and myself, a bit frustrated with them? First a couple of those quotes (click the link for Bodhipaksa's comments):


“When words are both true and kind, they can change our world.” (from here)

“Suffering, if it does not diminish love, will transport you to the furthest shore.” – Buddha (from here)

“Do not dwell in the past, do not dream of the future, concentrate the mind on the present moment.”
—Buddha. (from here)

He is able who thinks he is able. #Buddha (from here)

And finally, my favorite (from here):

Ok, so now that we've all had a good laugh, I have to ask: why create fake Buddha quotes? The simplest answer is that it's just plane old humane mistakes (plain... human). Little slips in translation or memory, or perhaps big ones and viola! (voilà) a new Buddha quote. As a guy who grew up believing that Americans fought a big war about silver in the 1860s and that the second World War was called "war war two" I can see where this is probably very often the case.

In good Buddhist fashion we can call that the ignorance cause. Then there would also be the greed and aversion causes (the three poisons). Greed perhaps for personal aggrandizement or mere attention, aversion could manifest in besmirching someone else (using a made-up Buddha quote) or making a silly one up to make the Buddha look bad.

And now, why do we repeat them? Well, probably for the same reasons - mostly ignorance if you ask me. We all, especially if we call ourselves Buddhists, owe it to ourselves and the world to read some early Buddhist teachings now and then. Check out Access to Insight (you can download the whole thing on your iPhone/iPod) if you haven't already. Even though I'm a bit of a Theravāda snob these days, I will also heartily suggest reading Tibetan, Zen, Ch'an, Shin, etc writings as well. It's very important to get a taste of each tradition; you don't need to believe it or practice it, but see where it is coming from so that you can see your fellow Buddhists and human beings. So don't forget the great Catholics (Thomas Merton, Merton movie, or Anthony De Mello, "I'm an ass, you're an ass"), Protestants, Hindus, Muslims and others.

And lastly, why are some of us a bit frustrated with these fake Buddha quotes? Well, as Bodhipaksa suggests in his comments, the Buddha simply didn't say that. Why make up new things when we already have HUGE canons of real Buddha quotes? Perhaps we could say it's disrespectful, not to mention the above (ignorant, greedy, malicious) potential roots behind the quote. The stated goal of Buddhism, along with the aleviation of suffering, is to know things as they truly are (yathābhūtaṃ ñāṇaṃ). So fake Buddha quotes, unless they are created out of the heart of a true bodhisattva, will potentially not only spread greater unclarity in the world but also increase suffering.

That brings me to a final, scholarly point. What about the Mahāyāna? And in particular a quote from the Adhyāśayasaṃcodana Sūtra, the “Sūtra for inciting determination”:

Because, Maitreya, all that is well spoken is Buddha-spoken.

You can find this in some great contemporary scholarly books including: Buddhism, Mahayana Buddhism (P.Williams) And On Being Buddha (P. Griffiths), and Elaborations on Emptiness: Uses of the Heart Sutra

The idea here seems to be that whatever is well spoken is the Buddha's speech; i.e. if you speak well, you speak as a Buddha. This is very definitely an innovation of Mahāyāna Buddhism. In an article (free to Jstror subscribers) L. Snellgrove explains that some "misplaced wording" in one of his articles had Aśoka, a great early Buddhist king, declaring that 'all which is well spoken is the word of the Buddha' when in fact he stated that 'whatever has been said by the Buddha, is well spoken'.  We can see where some semantic clarity makes a pretty big difference.

What do you think? Can we 'fake quote' the Buddha for good ends? Do we have a duty to point out fake Buddha quotes made by friends? Or is whatever is 'well spoken' an automatic 'Buddha quote'?
at 06:43 3 comments 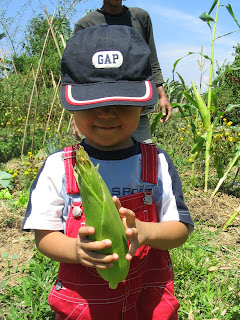 "In the beginner's mind there are many possibilities, but in the expert's there are few." - Suzuki Roshi

One of the many wonderful things about having children is watching them experience the world with “beginner’s minds” unencumbered by the burdens we adults carry. 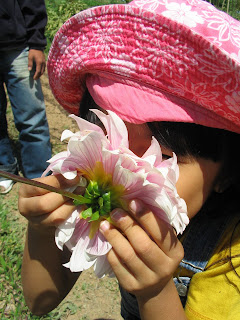 Having a family was what finally and irrevocably brought my path to Buddhism. Seeing how directly the influence of who I am and what I do on my children was powerful motivation to do delve deeper, to start to come to grips with my own suffering and self-destructive ways of being in the world.

For me the driving question was as a father – what was the legacy I wanted to leave my children with? The answer was light, joy and happiness. But these are not things we can give to other people but rather must embrace ourselves before we can share them with others.
This means not striving for perfection or measuring oneself against a standard of what should be. For me it has meant willingly and lovingly making time for telling simple and silly stories, falling asleep while watching cartoons, turning on a light in a dark room, and assembling Legos. It means creating and sharing a world where stuffed animals, imaginary friends and dogs, live and talk, act out and reflect, giving us the opportunity to share our true selves with those we love!
Another wonderful manifestation of beginner's mind is how I appreciate my relationship with my partner. She seems wiser, more caring, loving and attentive. Sometimes she talks and I find myself thinking admiringly - wow that was a pearl of wisdom, where did that come from? Or she will say something and I'll think - that's Buddhism! Or I find myself with this sneaking suspicion she has secretly been listening to my Gil Fronsdal talks from Audio Dharma while I have been sleeping... How is it that she has changed while I am the one who gets up early every morning to meditate?! And is it really so? Or is it that I am more able to appreciate and see her true self? Or is it that somehow our paths are intertwined and mutually supporting? She is a natural Bodhisattva. Wisdom and learning does not always need to be named.
How strange and wonderful to find that while my partner and children haven't taken to meditation, that we are partners, fellow seekers on the path! That they are my teachers in ways big and small.
It is a tender almost heart bursting joy when they come in to kiss my cheek while I meditate. Or cover my legs with a blanket. It seems like this is what it means to be truly human.
May we always embrace our beginner's mind!
May we open our hearts and minds to find teachers and friends in unexpected places, forms and guises,
Real and imaginary
,

Human and animal,
Big and small,
To accompany us on the path!

May we all be happy!