written by Eunsahn Citta
"When they go low, we go high," Michelle Obama said during the recent campaign. If you're left-leaning, does this "high" mean we satisfy ourselves with a sense of moral superiority and passivity, at best preaching to the choir, to our like-minded FB followers? I hope not. Does it mean we'll take to the streets, but only when the weather is nice? Likewise, I hope not. Does it mean that we wait, giving the new administration a chance? Maybe to an extent on some issues, but not on others. What doesn't seem to bode well--LGBT rights, rights of minorities, respect for the Constitution, the Environment, Education, Foreign Affairs, Energy, Social Security--they are a few that come to mind without pondering too much. On war, I have no clue what the next few years hold. There have been both uber-hawkish AND isolationist messages, although there are an awful lot of generals running about, and about whom the next administration's "leader" says he knows more than in general.  Generals who have seen war are sometimes hesitant to send another generation into the horrors they've known, sometimes they look to prop up the military-industrial behemoth.

The time for the Left's triumphalism transpired and has expired. The torch has been passed and in new hands, hopefully won't torch everything with it. these people with whom I so fervently disagree, probably felt the same way over the last eight years. Maybe they were inclined to light it up more then than now. There does seem to be a possibility that the Reagan era "Government isn't the solution, it's the problem" thought may be in evidence. Clear-cutting a forest is one thing when it's literal, and it becomes something entirely different when it's metaphorical. The metaphorical may lead to the literal, or vice versa. Nothing like destroying the environment by first destroying the Environmental Protection Agency. Those of us who see these issues as potential train-wrecks, we need to make our views clear.

What I need to remember is that my "views" are only that--views. They aren't necessarily a reflection of reality, and even if they are, they're not necessarily perceived correctly by me. We can say "Correct View is no view" all we like, until that means relinquishing our firmly held opinions and what we cling to as Truth. Then it starts to require some efort and there are times when self-pity is just easier. Pointing the finger of blame at "these people" takes the onus of responsibility off our backs; creating a demonized "other" relieves us of any responsibility to do anything about this perceived "suffering" we're undergoing. And that can be quite the relief, albeit a short-lived one, in a really perverse way.

I also need to remember that "these people" have experienced struggles (Dukkha) the same as I have, and not just in a socio-political context. They and I and all others have created our current situations through our actions, words, and thoughts. We've created the karma that has ripened into the fruits or weeds of today. We can create karma which will add to the current situation or create karma that sets a new course. Our actions as a society have created our societal situation. We have allowed mass incarceration, a violence culture, a consumer culture, all to be the norm. If you like all of those things, keep doing what you're doing. If not, try something different. We are where we are because we we created it, as unpleasant a thought as that may be. If it is unpleasant, what do we do, think, say that will change that course?

A bodhisattva adapts to ever-changing causes and conditions. "Saving all beings" is not one-size-fits-all. If nothing else, our baseline needs to be not to do harm. And we have to realize that what seems like it will not do harm may have unintended consequences. We can't possibly predict them all, but when we get a surprise, we have to pay attention and act accordingly at that moment. As ZM Seung Sahn would point out, there is correct situation/relationship/function. "Saving all beings" means just that--ALL. We need to function correctly depending on the relationship in a situation. Even people we don't like experience suffering and deserve compassion for that reason alone, if nothing else. Pay attention! Respond correctly, do no harm! If the action does cause harm, pay attention! Try another tack. But keep trying until all beings are saved. In that context, we'll have ample new opportunities.

Why a Buddhist Would Dig Ani Difranco

written by SFlanigan
Distracted by technology and propaganda, unable to relate to the human condition and nature, who are we today? Ask feminist icon and activist Ani DiFrancno. In an upcoming album release, we look forward to the rest of the songs that share good company with “Binary”. This Buddhist is digging the message.

Her description of consciousness as “binary” and “spinning” reminds me of electrons and the Buddhist idea that nothing is truly separate from anything else. I only relate this because the Tao of Physics is what got me interested in Buddhism in the first place. 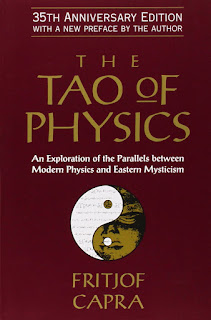 This song encourages to “complete the circuit”. This also involves progressive and engaged Buddhism by getting up the face of those who propagate the mythology of separateness by oppression and greed.

Here is her video of the song from the 30A Songwriter's Festival. Thanks, Linda Fahey, for introducing us to this on NPR. *explicit lyrics

Worry - Would It Help?

written by Unknown
Over the years, I've tried numerous strategies to quell my anxiety. Truly it remains an uphill battle. Just being a Buddhist has given me a stronger framework from which to understand the mental storms that plague me. It is usually some form of tanha (thirst or craving either for or especially against something) that gets me going. Recognizing that is always easier than putting the brakes on it.

A couple of weeks ago, I remembered a movie I saw late last year. It was called Bridge of Spies. In it Tom Hanks played a lawyer in the Cold War. He was called upon to arrange a prisoner exchange with the Russians for a spy he had defended. Mark Rylance played the spy, Rudoplh Abel. I liked the movie. What sticks with me though is Rylance's character. Whenever there was uncertainty about what would happen to him or when he was in overt danger, Tom Hank's character would comment that he didn't understand how he could remain so calm and ask him if he wasn't worried about the outcome. Rylance's character always simply replied "Would it help?" Of course, the answer was always no.

When I can remember, I've been trying to apply this question to situations that trigger my anxiety. I look at the circumstance I'm in and ask myself, "Is this worry helping?" As in the movie, the question is always a resounding no. What it does do is increase my dukkha (suffering) exponentially.

I can't tell you that my new mantra is a magic pill that has solved the problem of overreacting to just about everything, but it is a fun variation on the the meditation response "thinking" when applied to an overactive mind.

Qualities of a "good" meditation teacher

written by Buddhist_philosopher
Meditation has taken off.

Meditation is the new yoga.

Meditation is the new kale.

Meditation is the new Crossfit.

And, maybe, meditation teaching is the new bartending. (?)

The first four of those are my assessments. The last one belongs to Ira Israel, a -you guessed it- meditation teacher.

As Israel points out:

Since there is no unanimously accepted meditation teacher training certification or licensure program, anyone can call himself a “Meditation Teacher” with that title currently being as legitimate as “Published Author,” “International Speaker,” “Urban Shaman,” “Sought After Visionary,” “Spiritual Advisor,” “Intergalactic Warrior Priestess,” “Intuitive Healer,” “Life Coach,” “Wellness Expert,”... etc.

This is true. And in today's Western, Progressive Buddhist world, what truly qualifies one as a "Meditation teacher?"

Historically, the answer would have been something like, "appointment by a recognized master in a respected/accepted lineage." However, as any reading of the history of Buddhism will tell you, the religion is filled with "masters" who have split off from established sects. And, as an eye on the news can tell you today, plenty of established monks/priests/lamas/senseis etc are teaching rather strange things and/or acting in morally dubious (and sometimes criminal) ways.

So it seems that "qualification by lineage alone" isn't going to cut it.

So that's out for most people.


Israel gives five "warning signs" one should look out for in finding a meditation teacher:

So those are some good "warning signs" but what are key qualities for a good teacher? I'd tentatively propose the following:
Other points?
at 23:09 1 comments