written by Eunsahn Citta
In the Vimalakirti Sutra, Manjushri asks the assembled Bodhisattvas to define non-duality. They all come up with answers, but none of them really nail it. Their explanations speak of entering into non-duality, but all of the 31 explanations descend into duality. Manjushri then poses the question to the layman Vimalakirti, who is silent. Then more silence. And then a little bit more. Manjushri then praises Vimalakirti, as having been the only one who correctly answered.

Sometimes silence is appropriate, sometimes not. Not-silence can often turn into polemics, proselytizing, and preaching. The thoughts behind the words may themselves be as accurate as Vimalakirti silence, but their delivery is less than skillful. The listener’s (or reader’s) ears may glaze over, or maybe they elicit praise, maybe they elicit anger. Same words, different responses, how so, great a Bodhisattva? The listener or reader determines how they feel about what the other person said. I could say to someone, “You’re ugly and your mother dresses you funny,” and similar feelings can result. Friends who know me and my tongue firmly implanted in cheek delivery might laugh, ones that don’t might just look at me a little funny and back slowly out of the room, and the remaining may become extremely hurt by my evaluation of their physical characteristics and fashion sense, the others may get very angry to the point of thinking about being violent, and the last few might actually scream and throw a punch. All from seven little words strung together in a particular order. (Or are you too stupid to see that?) What just happened then?

I teach a class that involves the Eightfold Path, and that’s one of my questions for the students regarding Right Speech—can your words make someone feel a certain way. Almost always their answers involve negatives, how words can hurt someone. I use the above answer about their responses being made by thinking. What’s really at the heart is the state of the speaker or writer’s mind. What are my intentions behind the words? Do I intend harm, do I hope to bring laughter, am I just blathering on to hear myself talk? Both of speaker’s and reader’s sides both involve a large amount of “I.” To use Zen grammar-speak, subject and object. Mighty dualistic, wouldn’t you say? (What just happened there.)

In the state of Florida, there was just another mass shooting at a school, with 17 fatalities. There are plenty of people who’ll pontificate about banning guns, others that contend that if there were a “good guy with a gun” that lives would have been saved. Others will offer “thoughts and prayers.” What do all these words exhibit? So far as I can tell, there’s a large amount of “I.” “I know better, the Second Amendment must be preserved at all costs,” or, “I know more better, the Right to Bear Arms be damned!” These statements will result in any of the possible reactions I showed above, maybe some I hadn’t even considered.

All this subject/object is just duality, opening the door to potentially vehement agreement or disagreement. It could be that how the words are expressed more skillfully than they had been, and the result might have resulted in something more than involving at least one of the Three Poisons of “Greed, Anger, and Delusion.” I can’t really tell you how you should feel, let alone what you should do. Maybe at best I’ll give you something to think about you hadn’t considered before, but most likely that depends on how skillfully I present it. I can consider my intentions, and how much I consider your potential response.

My action of responding to the shooting at the Florida High School is that I took a personal vow to be nonviolent. Ahimsa, it’s called, to do no harm. I may not always exhibit metta, or lovingkindness; hopefully I’ll at least avoid doing harm. I haven’t been in the situation that the students and teachers were, so I can’t even say for sure how I’d really react. I only can hope that as I develop everyday my wish for doing no harm, that it becomes more habitual think and act that way than a knee-jerk hard left/right, right/wrong descent into duality. At times like this, my own thoughts, intentions, and speech are all I can control. At times like this, I’d hope that even Vimalakirti wouldn’t be thunderously silent.

May all beings be happy, safe, and secure, and have the causes of happiness, safety, and security.

How Can We Build Coalitions in This Critical Moment of History?

Shared vision and shared values are the keys to collaboration and coalition building. It is natural for each individual, organization, and movement to have different priorities and strategies, but they can still share a common vision and common values to guide their work and cooperation. The environmental movement obviously is passionate about mitigating and adapting to climate chaos, promoting renewable energy, and protecting the natural and built environment. But it can share a common vision with other movements to create a compassionate civilization or some other vision. It can also share common values with other movements, such as equality, justice, participation, tolerance, peace, and obviously, sustainability. Likewise, individuals, and organizations within each movement will have their own focus and priorities but can and indeed need to share common visions and values.

In my new book, A Compassionate Civilization: The Urgency of Sustainable Development and Mindful Activism, I put it this way:

“What is collaboration? Collaboration involves team work, the promotion of synergy and creating collective intelligence, mutual respect, trust and learning. It involves honoring diverse perspectives and gifts, moving beyond one's own ego, achieving common vision and values and self-organization. One of my favorite examples of this is within the private sector. To invent the Visa card, Dee Hock had a group of diverse individuals work together with only two things in common – a shared vision and shared values. Out of their collaboration emerged the design of the Visa card based on the collaboration of competing businesses who were committed to using the Visa card for business transactions.

“And as for us, I believe our common vision is sustainable human development or what I have identified as an emerging civilization of compassion. And I believe that our common values include not only sustainability but equality, justice, participation, tolerance, and peace. But we must invite everyone to participate in this brainstorming on vision and values.” pg 132-133 ACC

And further: “What then is collaborative leadership? Collaborative leadership is a dynamic, creative, self-organizing team of orchestrated, diverse perspectives and gifts driven by common vision and values. To launch a rocket into space many technicians must collaborate intimately. The entire enterprise of science requires careful collaboration among many scientists around the globe. A choreographer must collaborate with individual dancers to produce a great work of art. Architects of communal spaces must collaborate with the public to design workable solutions. Within whole-of-government, collaborative leadership is the commitment to honoring every individual and every agency’s insights and knowledge in the creation of open, transparent and accountable governance systems responsive to the voices and priorities of every citizen, especially the most vulnerable.”pg. 134 ACC

And continuing: “This critical moment of history requires everyone’s participation and collaboration. . . .   What are some of the most effective methods and applications of collaborative leadership? The most effective methods of collaborative leadership that I am aware of include group facilitation (such as the Technology of Participation, Appreciative Inquiry and Open Space), use of integral frameworks addressing individual mindsets and behaviors and collective cultures and institutions, social artistry processes that enhance sensory, psychological, symbolic and unitive experience; as well as systems thinking, strategic planning, effective team building and peer learning-by-doing.

“Collaboration is not only worth the effort; it has become a necessity if we humans are to enjoy sustainable human development on a healthy planet.” pg. 134 - 135 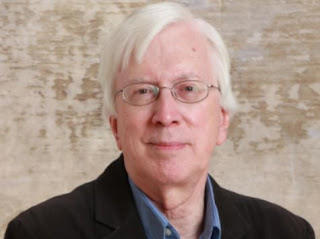