President Obama has declared May “Mental Health Awareness Month.” At the announcement the President said (thanks to Adrian Warnock for posting this):

“Today, tens of millions of Americans are living with the burden of a mental health problem. They shoulder conditions like depression and anxiety, post-traumatic stress and bipolar disorder — debilitating illnesses that can strain every part of a person’s life. And even though help is out there, less than half of children and adults with diagnosable mental health problems receive treatment....

As part of this national awareness campaign, the whole of Patheos has been invited to write on the topic of Faith and Mental Health, you can see a few selections on the front page on the right.
So here I am, jumping in a little late with my own post on the topic.
Having faced mental illness, in a number of different capacities, it’s hard to know just where to start. Before I was born, perhaps.
What is the Zen koan? “What was your face before you were born?”
Depression.
(read the full article here)
at 20:31 4 comments

Six Subjects of Reflection (and a short lesson on Pāli)

This post is a bit different; it's a 'back to basics' in a way and hopefully a helpful and quick introduction to Buddhism for those who could use it. 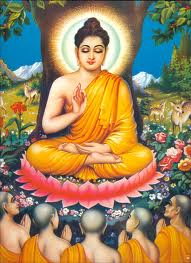 Simplified Pāli Glossary of terms as they appear in the text (I have broken up the compounds, but left case endings as in the text):

imāni: these
kho: indeed
bhikkhave: Oh Monks
cha: six
anussatiṭṭhānānī: as above,
ti: our equivalent of a closing quotation mark, indicating the end of what was said.

navamaṃ: ninth (indicating the number of the sutta in the collection)

* The PED tells us that this refers to those who hold the quality of being worthy of worship and includes ascetics, domesticated animals, forces of nature, as well as 'lower' and 'higher' gods/devas). This is elaborated upon in the next sutta, the Mahānāma sutta (AN 6.10), wherein only the various devas are discussed, but they are to be recollected with the understanding that the good actions that led them to their higher awakening is within the ability of the student.

In Buddhism, mind is foremost (cf. Dhammapada 1). One could say that the mind is everything, but that can be taking it too far. Certainly what matters most is your mind, your mental states, and your intentions. This guide is one of dozens, perhaps hundreds of short lists or groupings of very important aspects of Buddhism. The disciple memorizes a list like this and then 'unfolds' them in commentarial form, often situated around further lists. For instance, beginning with the Buddha, one might frame his life in terms of his twelve acts, then move on to the Dhamma, which opens with the 4 Noble Truths, leading conveniently to the 8-fold Path, and so on. So lists are important, and memorization of those lists, as an aid to memory and to story-telling, should still be a goal of aspiring Buddhists.

Next, we should all try to pick up at least a little bit of Pāli. We should also familiarize ourselves with the PED (Pali-English Dictionary), available in full at the U Chicago website. Accesstoinsight offers a great guide to getting started with Pāli here. For those looking to dive in with the help of an excellent teacher, see Bhikkhu Bodhi's introduction, which has hours of audio recordings as well as sets of downloadable charts.

Getting into the canonical language (you can do the same with Tibetan, Chinese, Korean, Japanese, etc depending on what area of Buddhism you are interested in) helps to put you in the thought-world (Gedankenwelt) of the text's transmitters, composers, and -one can usually hope- original author. As you can see, some words have a great multitude of meanings and while we can generally place our trust in translators when we are starting out, it quickly pays off to be able to look at the original. Nearly all of the Pāli words above have a half-dozen or more possible English translations; which ones the translator picks can often say as much about him/her as it does about the original author.

It's quite true that you don't need to learn Pāli or another canonical language to understand Buddhism - the language itself and the sounds it makes have no intrinsic power (although a belief in the intrinsic power of sound did seep into later Buddhism from early Hinduism). But it helps.

~
Justin Whitaker is a PhD candidate in Buddhist ethics at the University of London. He helps to administrate this blog and does his own writing mostly at American Buddhist Perspective.

Crowdfunding The Next Generation of Buddhist Activists: Youth In Action

written by SFlanigan
I am partial to my root teacher, as always. They have a crowd funded project underway to provide hope to the next generation of Engaged Buddhism. 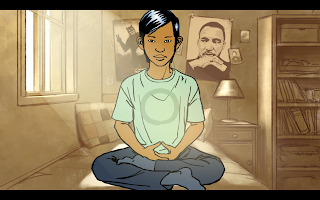 Notice the picture of MLK in the background. He nominated a certain Zen Mater for the Nobel Peace Prize in the 1960's. MLK is a model for Buddhist activists for non-violent, community centered solutions.

If you are a member of Charlotte Community of Mindfulness, your donation will be matched for up to $1,000 in outllay, please donate!

Check it out here for more info.

Right Livelihood: An Interview with the President of New Wind Energy Solutions

written by SFlanigan
Progressive Buddhism was recently granted the privilege of interviewing Stuart Wiston, who is president of New Wind Energy Solutions. Stuart spent over 20 years in commercial real estate before making a radical career switch to sustainability. 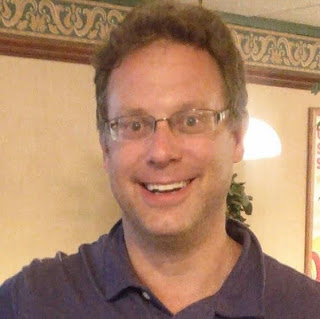 Today he is a recognized expert in small wind' and has taught Continuing Education classes for the American Institute of Architects.

He is on the board of the Middle Tennessee chapter of the U.S. Green Building Council and lives out of Hendersonville, where he also served as board member of the Hendersonville Chamber of Commerce. As a member of the West End Synagogue, he uses his livelihood to contribute to our global welfare.

He and his wife, Debby, have four great kids from 2-7 years old. Stuart has somewhat of a passion for bourbon and has even recently started a blog about the subject. He can speak three languages, but he admits not as fluently as he would prefer.

Stuart, do you have any advice for Buddhists who like to sit around the camp fire and chat about the world’s problems but really don’t participate in any solutions?

“In Jewish tradition, we say 'every mitzvah (commandment or good deed) stands on its own'. If you only keep Kosher in your house but not out, it's certainly better than not doing either. Similarly, if people talk, but do much less, at least they are thinking about it and perhaps by voicing their concerns they are encouraging others to act.”


So, how does a smart guy like you earn a living?

"Our business model is fairly simple. We sell products that create renewable energy or that increase energy efficiency. We only represent products that are independent third party verified as, unfortunately there is a lot of snake oil in the sustainability field.


We recognize that sustainability is an admirable goal And that businesses must make profit to succeed. We specialize in products that have a return on investment of under three years.

Lastly, as a business we can be classified as a Social Enterprise. We have a preferential policy of hiring veterans. We judge our success or failure by the numbers of people we employ and the families they support as well as the amount of resources and money we are able to help our customers save or conserve."


Can you give us some background on how your spiritual tradition has shaped your way of thinking about sustainability?

“While most people know the story of Noah and the ark, Jewish tradition teaches that the world was destroyed because it was corrupt. But in Hebrew, the root of the word corrupt is the word for destruct. So another way to look at it was that the world was destroyed because it was full of destruction.
But Gd did not destroy the world immediately. He sent Noah with a message to tell the people to change And he commanded him to build an ark, a job that took 120 years. But despite the warnings and even with the time given, Man did not change. Many laughed at Noah and scoffed at his prophesies.


Today I feel we have also been sent a warning that we must change our ways of destruction. This time though, while there are still those who scoff, there are more and more who hear and are heeding the warnings.

A fundamental part of Judaism is Tikun Olam, or repair the world. We are taught "you may not be able to compete the task, nor are you free to abandon it."


What Is The Impact of Global Warming On Sustainable Energy:

As you may be aware, Global Warming is having a devastating impact in other countries where hydropower is critical to their energy systems. When I asked Stuart how he thought this will play out, here is what he said:

“Hydropower is not really in my wheelhouse, but climate change is creating all kinds of change. Some areas will see less rain, some more. Storms will get more violent as more energy is added to the earth's weather systems. Unfortunately, no one anywhere is isolated from these effects.


Solar farms may reduce carbon gases, but climate change means many of them will be subject to more frequent and more damaging hail storms. Studies have predicted that rising temperatures will reduce average wind speeds in many areas that now have wind farms. And changing rain patterns can leave some hydroelectric systems with too much or too little water, or even worse way too much for short periods, as happened in Nashville.

But perfect should never be allowed to be the enemy of good. If we do not use solar, wind and hydroelectric in place of coal or diesel power plants, then the change will be faster and worse. 100 year storms are becoming regular events. 500 year storms are not once in a lifetime events. Some of something is always better than all of nothing. Even if renewables don't fix the problems, they are important tools to help.”


Thank you, Stuart, for helping us get the word out on our blog about how you are making a difference!
at 01:07 0 comments

How to be your own role model: The Tiny Buddha

written by SFlanigan
A little over a year ago I was in much grief and despair about what seemed countless and inescapable negative situations in my life. One day during meditation I realized that there was no light at the end of the tunnel because there was no tunnel and that the light I was searching for was inside me all along. Needless to say, I am feeling much better now.
at 18:19 2 comments