Was the Buddha Guided by Evil? 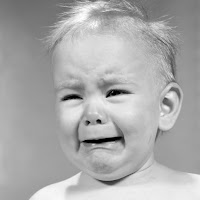 , a book on Buddhist Ethics. I love the book because it's well-written, well-argued, and highly readable for scholars and non. I highly recommend it and will be writing more about it in the coming weeks.

I think he's wrong, of course, because he's a consequentialist and thinks Buddhism is too. But more on that another time.

For now I want to switch topics and books a bit. Reading Goodman forces you to reexamine the foundations of ethical thinking (bravo!). So I cracked open another book, Deontology

, edited by Stephen Darwall. In it we find a chapter on "Agent Relativity and Deontology" from Thomas Nagel's book The View From Nowhere

In that chapter, Nagel presents us with a thought experiment. (paraphrased):


You and some chums are on a backroad in Montana at night (thus alone). You crash. Your friends are in bad shape. You run along the road until you reach the only house for miles. Inside is an old lady taking care of a child. You plea for help but she freaks out and locks herself in the bathroom, leaving you alone with the baby. There is no phone in the house (yea, that's Montana for ya), but there is a car outside that you could use to go get help. You just need the keys. You realize that you might get her to help you if you harm the baby (just a little) outside the bathroom door. Should you do it?

You just need to cause the baby a little pain, enough to get him/her to cry, and in the end you'll be able to help your friends. To a consequentialist it seems to be a no-brainer. Of course you kick the baby (softly)!  It's just a tiny bit of pain and your friends are relying on you - suffering much, much more. It's the right thing to do.

But the thing is, for most of us, there's just something wrong with that. There is an intuition that makes our gut turn a bit at the thought of harming an innocent person, even if it relieves much more pain for others. If that intuition is strong in you, you're likely to fall on the deontological side of the fence and say, "no, I'm not gonna kick the baby" even if it means further delay and suffering for your friends.

Darwall, earlier in the book, gives another experiment. We all generally agree that betraying our friends is wrong. A consequentialist might argue that this is because fidelity leads to a good society and happy people. A deontologist sees something intrinsic to the nature of friendship and honesty that in itself demands our fidelity. Darwall asks us to imagine a situation where you know two people will soon betray their best friends. Suppose that you know that if you betray your best friend, these two people will be so horrified that they won't go forward with their betrayals. Given the option, would you choose to betray your best friend?

The net effect if you act is fewer betrayals, so a consequentialist would urge you to betray your friend. (Note, there are as many flavors of consequentialism as Baskin Robbins has ice cream; I'm only dealing here with the bare-bones "the morally right thing to do is that which gets the best consequences" version.)

We could take it a notch further and suppose that you knew that your best friend actually was about to betray someone herself! So now you are to betray a friend who is about to betray someone else. Does that feel a bit better? Now we're not so much dealing with an "innocent" person. But for a deontologist this still doesn't seem right. We have a duty to fidelity based on our relationship to this person. We should not betray her even if that is the only way to avert multiple betrayals.

For Nagel, to betray our friend or kick the baby is to intentionally cause harm (evil), and in his words to "aim at evil, even as a means, is to have one's action guided by evil."

What do you think? And do you see where I'm going with this?

There is a key Mahāyāna text, the Upāya-kauśalya Sūtra, (see Tatz

) in which the Buddha is faced with a much more daunting situation. Here, in a past life and thus a Bodhisattva, he is a sea captain who discovers that a robber is on his boat that will kill his 500 passengers and steal their goods. If the robber does this, not only will 500 merchants lose their lives, but the robber will end up in hell for a long, long (x 84000) time. He could alert the merchants, but then they'd kill the robber and reap bad karma themselves. His best option, it seems, is to kill the robber himself.

A deontologist would disagree. Murder is right at the top of the list of morality's no-no's. Even to murder a would-be murderer is still, well, murder. Now, just as there are many flavors of consequentialism that allow certain rules and whatnot into the system, a deontologist can just as well occasionally allow overriding circumstances in which doing the wrong thing may be necessary. Here is one such case. But it's still wrong; it is still, in Nagel's words, being "guided by evil."

Again, what do you think?

Well, the Buddha (to-be), out of "great compassion and skill in means," kills the robber.

And then? According to contemporary tellings of the story, he is born in hell - but only for a while. And the sūtra itself says that he steps on a thorn in his final life (as the Buddha) as a result of that past deed. The point in both is that he suffers the repercussions of having committed a wrongful deed. This suggests that Buddhism clearly isn't consequentialist. We can imagine a culture or religion in which the murder of the robber would have brought the Bodhissatva great glory, health, fame, and rebirths in heaven. It might take us a while, but I'm sure we can come up with some religion that says that killing a 'bad guy' is okay or praiseworthy...

But in Buddhism, even killing a bad guy is wrong. It may be necessary at times, but the karma's gonna get you. So we have in the tradition itself something of an admission that the Buddha (to-be) did something wrong, and faced the karmic results of it: a rebirth in hell and later getting a thorn in his foot.

Yes, the Buddha was guided by evil (to use Nagel's dramatic wording).

Going back to our first thought experiment, we might thus conclude that the Buddha would kick the baby if he knew this was the only way to get the keys and save his friends from the coyotes and badgers sure to be lurking along the back roads of Montana. And perhaps you should too. But it would still be wrong and there would still be moral (karmic) repercussions.