Even the scripturally conservative Theravadin schools of Sri Lanka, Burma, and Thailand inherit large amounts of their thought and practice from Buddhaghosa, a 5th century commentator on the Pali Canon.

And this is, I think, both the intention of the Buddha based on his way of teaching and a very good trait of Buddhism. The Buddha taught in different ways depending on who he was speaking with. With learned Brahmins, he often showed the error of specific beliefs. Sometimes they'd become Buddhists, sometimes they'd just walk away (leaving the reader/listener to understand the errors of Brahmanism). With kings and princes he spoke of good governance and altruism. With laypeople he offered basic sets of values and teachings on generosity. With his monks he laid down rules of conduct and expounded on his full path of ethics, meditation, and wisdom.

This great variety of teachings allowed the Buddha to appeal to a wide variety of listeners. Some, of course, would grasp at particular teachings and 'get stuck' - loudly proclaiming that they had the way and everyone else was wrong. In the Buddha's own lifetime, the schismatic attempts of his cousin Devadata show that the propensity to cling to one's own way is nothing new.

Buddhist teacher and regular contributor to our Progressive Buddhism facebook group, Ken Leong, has a provocative piece there now titled, "Religious education versus secular education." In part he writes:

He goes on to point out the 'magical thinking' of some today (presumably many Buddhist teachers and practitioners) who deify teachers who are, like the Buddha, only human. Noting the Kalama Sutta, he suggests we see the Buddha as a great teacher, but one who still needs to be challenged as we take on new ideas. We are not to take them on blindly. 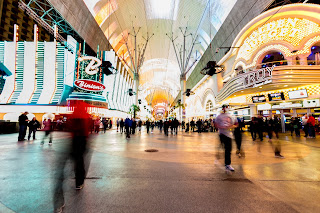 The ethos of the Buddha: to explore, to challenge, to work foremost on oneself can easily be lost - both by those new to Buddhism who just want (easy) answers and by old 'masters' who might know the teachings well but don't know the world around them. Old teachers and expounders thus militate against feminism, social equality, and other new developments in teaching and understanding the Dharma.

This, of course, is not all old teachers. Many I've known have turned out to be the most open, flexible, fun-loving and yet serious in practice, human beings. But we continue on with this cautionary tale. Titles, age, years of practice are no balm to dogmatism and regressive views.

Our current age is one of growing secularism. Buddhists have thrived in this age not by brutishly asserting their 'truths', but in working to understand people's needs for practice, community, and inquiry. This edge of Buddhism is and will continue to be the Progressive Buddhism we promote and discuss here.
at 18:23